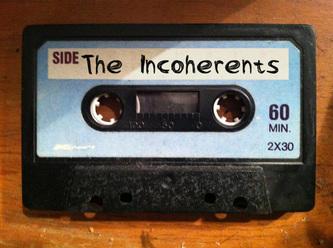 Bruce Flansburgh is a bored, 40-something New York paralegal who hasn’t let go of his dream of rock stardom. While slogging through what’s become an increasingly unbearable day to day existence, it dawns on him that the successful reunions of bands like the Pixies, Soundgarden and other alternative/indie rock groups from the late 80’s-mid 90’s could perhaps inspire his former group of 20 years earlier, The Incoherents (no, you haven’t heard of them), to reform. Reminiscent of Jake and Elwood Blues as they embarked “on a mission from God”, it becomes Bruce’s singular quest to get the old lineup back together… the same lineup he quit on for fear of never making it.

First, he recruits Keith, the neurotic, vegan-obsessed bassist, then his untamable brother Tyler, who walks out on a gig as a wedding drummer in Boston upon receiving Bruce’s call. The sibling rhythm section then helps him rekindle a tenuous bond with the band’s guitarist and co-songwriter Jimmy Anthony, still resentful after languishing for years in unsuccessful groups after The Incoherents imploded. Bruce must also appease the desires of his wife Liz, herself desperate to break out of the life of a homemaker and reignite their stagnant marriage. As Bruce struggles mightily to maintain a modicum of normality in his troubled work and home life, The Incoherents brush the dust off and battle for relevancy amongst a new wave of younger, hipper bands from Brooklyn, ultimately leading to a chance to play for a record contract, some vindication… and maybe even a little glory.

Populated by an eclectic cross section of New York City characters, “The Incoherents” humorously touches upon relationships, aging, reality and dreams wrapped in a love letter to the continuing lure and thrill of Rock ‘n’ Roll… 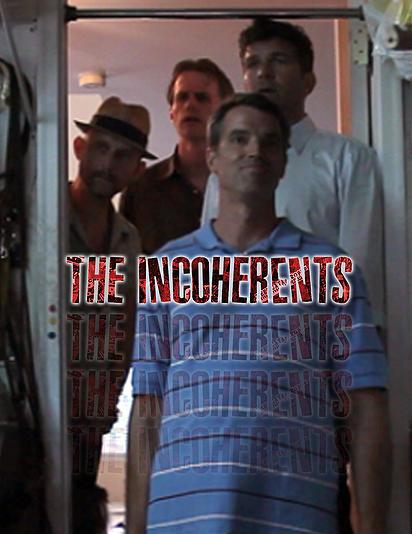